What does it mean to be a Christian entrepreneur?

I’m going to take this topic in the order of the nouns (Christian and entrepreneur) used in the term. In order to be an effective Christian anything, showing any real fruit, one needs to know what it means to be a Christian — an entrepreneur is by far the lesser of the terms. This might sound obvious, but all too often, it’s not. Successful entrepreneurs who just happen to be Christians (entrepreneur Christians) are often praised, celebrated, and asked to serve on ministry boards either because of their business prowess or their deep pockets and ability to give funding. These people are sought after as mentors to the next generation. Unfortunately, the entrepreneur Christian’s values are passed down through the gene pool of the church.

What is far better, of course, is to find great Christians who just happen to be entrepreneurs — then and only then can we really get somewhere. I see this pattern of equating business success with Christian character frequently unfold among the folks that I know in Silicon Valley or Silicon Alley, Silicon Prairie, or Silicon Anywhere.

Why am I on my soapbox about this? In my organization, we meet hundreds of Christian entrepreneurs who struggle with anxiety. Why? It relates to identity. They think of themselves as entrepreneurs first and Christians second. They’d never admit this out loud, but that’s how they operate. They’ve bought the world’s narrative and here’s how it goes: Society gives them kudos for being the next big thing who’s growing a company at 20% each month, or who just secured a $15m investment, or just inked a deal with Google. They hear this message from their friends, their parents, their investors. They believe it without ever knowing when they crossed over from being a Christian first to an entrepreneur first. It becomes a feedback loop that most assuredly doesn’t come from their time in Scripture, but from society at large. They have mistakenly located their identity in their role as entrepreneurs, oftentimes successful ones, and this only becomes evident when their growth slows or they can’t find funding. Then, the “Protestant Work Ethic” they celebrated as a noble virtue appears as the ugly idol it has been all along. They act like they can earn their salvation and deliverance. Lest circumstances beat them with many blows, they redouble their efforts, only to find the predictable outcome of ever-increasing anxiety and the near total absence of joy.

What’s the solution? Acknowledge the problem for what it is — an identity crisis. Every entrepreneur or worker in business needs to understand that their identity comes from being a beloved child of God with full inheritance rights to His kingdom. They must take hold of the gift of life for now and forever. They need to reflect on that, stew on that. For how long? Well, for as long as it takes for them to have their minds blown by this awesome and indescribable gift. It’s not enough to get this intellectually. It must permeate every aspect of life. If it takes time in Scripture to get there, then they need to take that time. Once they get there, they realize that they’ve been given the greatest and most meaningful gift and reality imaginable. The Work (capital W) has already been done by Christ, so the most logical thing to do is to bring all we are and all we have to the altar before God, not because He needs it, but because we can’t help but be overcome by gratitude; it consumes us.

It just so happens that in doing this, the Christian entrepreneur has a great advantage over the entrepreneur Christian, and definitely over the secular entrepreneur. The gospel, if we tap into it, indeed becomes the stream of living water that causes our trees to bear fruit. Our leaves don’t wither with anxiety, and all we do prospers, maybe not necessarily in the eyes of the world, but always in the eyes of God with whom we abide now and for eternity (see Psalm 1:3).

So, the business professionals who know that they are Christians first bring all of their talents, experiences and opportunities to the altar as a meaningful form of worship. They understand that God doesn’t need their work or their money, but they want to bring it all anyway because it reflects the joyful abandonment of self. They have rightly found their identity in God and caught the beauty of being owned rather than owning.

God’s story? Is it a story of their accomplishments or God’s? To what and to whom do they credit their success?

Henry Kaestner is co-Founder of Sovereign’s Capital and former CEO of several businesses including Bandwidth (NASDAQ: BAND). He has a passion for faith-driven entrepreneurs and the biblical message of generosity. He considers it a special blessing when those two passions coincide. He is married to Kimberley, has three teenage sons, and lives in Los Gatos, California. 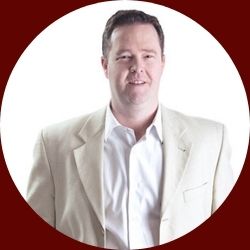 As a serial entrepreneur, who has started, grown and sold a financial planning practice, I am passionate about sharing my entrepreneurial and marketing skills to help kingdom businesses to thrive. I'd like to send you email to teach God's principles in managing your business.

Episode 54 – What is Superannuation and is it any good

I’ve been in the finance industry for about 20 years and I am very familiar with superannuation. Let’s discuss how this finance vehicle can help you hold your retirement savings. More than a vehicle investment, did you know that it is a tax investment benefit? Watch this video today!

Psalms 71:18 says “So even to old age and gray hairs oh God, do not forsake me until i proclaim your might to another generation, Your power to all those who come”. This passage encourages us to leave a legacy to the next generations. More than a financial legacy, aim to leave a spiritual legacy to your children and grandchildren.

As believers, we understand that we are here on earth for a purpose, to glorify God with what we have and who we are.
The Bible, surprisingly, does not mention retirement but as Christians we need to aim to be prepared financially for retirement.

Episode 51 – Getting a home loan

We all have that natural urge to build our very own home. The plan is to have it totally paid off by the time we reach retirement. The reasons behind getting a home loan comes in many forms, but today, let us think about some of the dangers in getting a home loan.

Episode 50 – Should I buy crypto currencies?

They certainly are getting a huge amount of attention lately, and I’m sure you probably know someone who has already dabbled quite a bit on bitcoin. You might even know somebody who has made a lot of money on bitcoin! Should you jump in and have a try yourself?